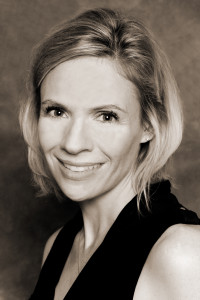 Elizabeth Terry was raised on a cattle ranch on the Wyoming/Nebraska line. There she developed her love of history, from walking along old wagon ruts on the wind-blown prairie to working cattle in log corrals as her ancestors had. After graduating with a history degree from the University of Nebraska at Kearney, Elizabeth earned her Masters in Public History from James Madison University in Virginia.

When Elizabeth’s infant daughter was diagnosed with a debilitating illness (Lennox-Gastaut Syndrome), her career path moved away from libraries and museums to the flexibility of research and writing. Elizabeth channeled the grit of her pioneer spirit, and that passion translated into her first book, Oysters to Angus. The book boasts original research and provides a fresh perspective on pivotal events in St. Louis history.

Elizabeth Terry continues to research and write, and has contributed to articles that have appeared in Newsweek /The Daily Beast, The Nation, and the Missouri Methodist Journal. Her second book, Ethnic St. Louis, timely in today’s immigrant-conversations, demonstrates the importance of diverse communities to the city’s rich past, complex current identity, and interconnected future. Elizabeth conducts independent historical research for clients and directs an archives for a St. Louis church.

“When Spring came, after that hard winter, one could not get enough of the nimble air.”
– Willa Cather, My Antonia